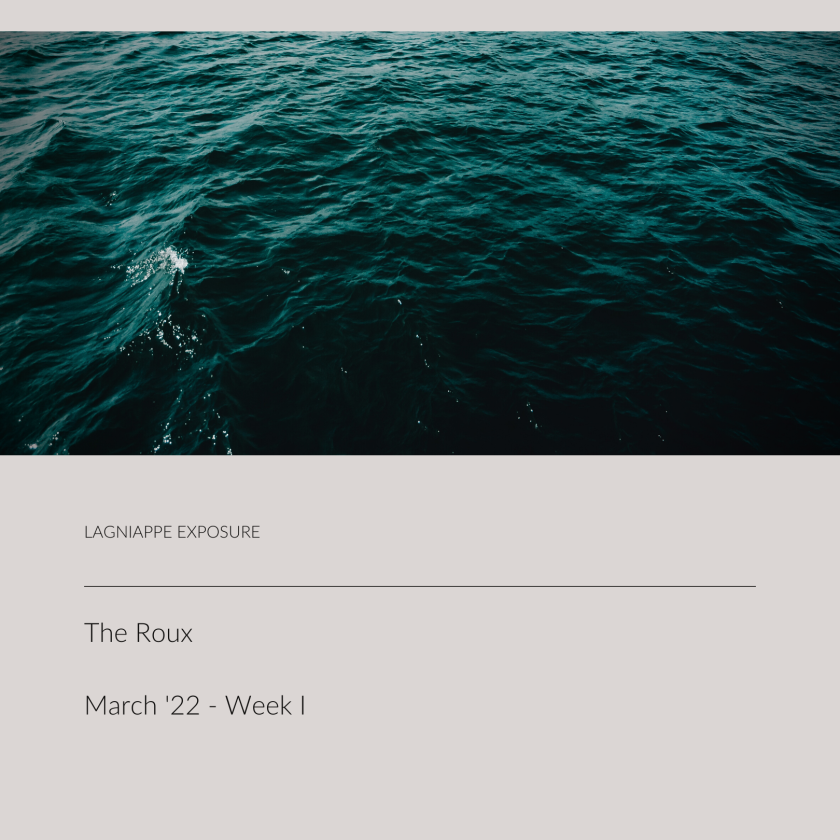 Welcome to The Roux! Every Friday, new music is released. Though the internet and streaming make it easier than ever to discover something new, the main channels usually rep the same established big names. This leaves equally great records on the sidelines. Each of these artists is talented and accomplished in their own right. With this weekly feature, I do the searching, selecting five releases discovered while exploring beyond the algorithm.

Another stellar entry from Giraffe Tapes, Sunbeamer seizes the magnificence of our natural world with imagery producing textures and attractive techniques that veer between tender fragility and a sort of permanency.

It’s easy to say the album is a play on the malleability of remembrance, as many ambient albums are. What is more astounding for Cape is that the apparent tropes of ambient albums are not entertained. Instead of just employing fixed and exhausted samples of nature sounds, Sunbeamer resorts to a vintage aesthetic that recalls faded film stills.

“Sunrise” comes off as a lost Boards of Canada composition, “Gentle Beach” uses field recording but is not indebted to them as the soft drone is more evocative of old home recordings. This auditory-visual suggestive quality drives Cape and therefore is such a triumphantly beautiful entry in the ambient genre.

Fragmented hip-hop samples and clanky noise open no sound before flowering into a beautifully rich acoustic number, “the edge” the nature samples are a ravishing complement to the almost whispered tender nature of the vocals. ＴＯＮＥＤＥＡＦcontinues to surprise as things quickly shift direction again with “slip,” which brings in a velvety r&b vibe.

This is all within the first three tracks and barely five minutes in. An assortment within no sound channels eclectic elements of r&b, trap, folk, and experimental frequencies. The halfway point, “tempest,” divides the album and acts as an interlude bridging the more buoyant first half with the downcast borderline ambient second. Nothing on no sound comes off as forced.

Everything exists cohesively, the tracks flow effortlessly, like a river, into one another, and despite various genre-hopping, the sounds are harmonized so skillfully and authentically. no sound gets my vote for the most melodically beautiful release I’ve heard this year.

03. Get Reincarnated or Die Trying

The cover art of watercolors bleeding and dripping down is a fitting image for the noise inside. Arriving like a warped distillation of miscellaneous 00s indie fads, Get Reincarnated or Die Trying takes the noise-pop genre dissects, and stitches it back together.

The impressive part is that even in a thick wall of noise, the current of a forgotten melody endures. The entire collection boasts a lo-fi homemade quality that works in its favor. This quality pops up here and there between the intenser moments. “This is not a palindrome…” echoes the opener’s twisted indie aesthetic. Never do the tracks here bore with endlessly relentless noise. Instead, there is an immediacy that captures the improvisational spirit perfectly.

While the record’s first half sounds relatively twee as far as noise goes, the pair of closing tracks hit a bit more solemn. Both feature opaquer tones which contrast nicely from the beginning. Altogether, though, Get Reincarnated is a lighthearted and, dare I say, fun release.

Compiling seven of Dino’s (1977 – 2022) “recycle music” sessions, Pulsations II is an excellent showcase for Dino, perhaps an overlooked noise pioneer. This compilation works well as it features not only solo material but collaborations. “#18” and “#19” featuring Joseph Mauro and Minyen Hsieh meld noise with jazz. But elsewhere, harsh noise loops and solid frantic beats bordering on military-inspired hip-hop terrain take center stage. With all but one track clocking in at over ten minutes, Pulsations II is better taken in doses; it requires multiple listens to give the appropriate time to each piece.

A soundtrack of sorts? Or perhaps inspired by one, Water contains eight brief instrumentals, a mixture of muddy beats and bright, propulsive rhythms, and sounds like a lost 90s video game soundtrack. Water is an accessible record to sit through, never demanding full attention. It works well as fun, amusing background music; not everything has to be analyzed.